We're pleased to be supporting #21toWatch 2023, which recognises world class science and technology entrepreneurs, start ups and cutting edge innovation from Cambridge and the East of England.

Now in its 5th year, #21toWatch has showcased more than 1,000 entrepreneurs and companies since its inception in 2018. Former winners include fabless semiconductor start up Flusso, which made the Top21 as a company in 2021 and was chosen again in 2022 as developer of the FLS110, the world's smallest flow sensor. The Cambridge University spin-out exited in August 2022 for £28m. Other winners have included quantum computing scale up Riverlane; next gen medical device start up Ablatus Therapeutics; and Cydar, a surgical augmented intelligence company using cloud computing and ML technology to improve patient outcomes in Image Guided Surgery.

47 per cent of winners have received funding since appearing on the list, and during the 5 years that the initiative has been running, over £250m has been raised by the Top21 winners. According to Forbes.com, which featured #21toWatch earlier this year, “Correlation isn’t causation, of course, but the figure suggests that a fair percentage of [#21toWatch] winners have commercial legs.”

The 2022 list was dominated by medical innovation and sustainability and it will be interesting to see which sectors come to the fore in 2023.

Nominations are open for the people, companies and technologies on the cutting edge of innovation across the East of England. The deadline for nominations is Friday 13th January 2023 and the short list will be announced in February 2023. A panel of independent judges will determine the Top21 which will be announced at an event on 2 March 2023. 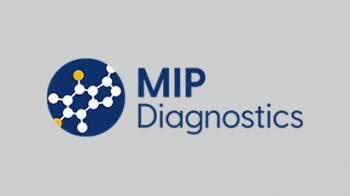