We were pleased to host a dinner recently for business leaders from across the Cambridge cluster, to discuss the impact of the Greater Cambridge Local Plan.

The plan will affect how we’ll live and work in Cambridge over the next 20 years and beyond, with a vision to provide a major decrease in climate impact coupled with a major increase in quality of life for residents.

The plan sets out future land use and planning policies including:
•    The number of new homes and jobs to be created by 2041
•    The services and infrastructure to support this
•    The locations earmarked for development

So, how is the plan progressing?  We were delighted to be joined by Rob Hopwood representing Planning, and Mark Buddle representing Residential Development, both Partners at Bidwells, who outlined the key aims and led discussion on the potential impact on businesses in the region.

The plan is currently moving towards the next stage of the consultation process, with a draft version due in 2023. Adoption of the final plan is expected in 2027.

Of about 900 potential development sites submitted to both councils (Cambridge City & South Cambs District), 19 have been currently proposed for new development, either business, residential or mixed use. Business development includes expansion of existing sites such as the Cambridge Biomedical Campus – already the largest employment site in Cambridge, and one of the leading biomedical centres in the world. 75,000 sqm new development is proposed here – equivalent to 14 Wembley pitches.  Of other business sites, 30,000 sqm is proposed at Capital Park Cambridge – home to ARM and a host of high-growth businesses; as well as an additional 50,000 sqm at the tech and talent hub CB1, which boasts global giants Microsoft, Amazon, Samsung and Apple as tenants.

What of the transport networks? Mark and Rob shared a Future Connectivity Map to 2030, detailing proposed new rail links with stations at Cambridge South (Cambridge Biomedical Campus); a new station to the East of Cambridge; and to the West at Cambourne. The Chisholm trail, a green walking and cycling route - mainly off road and traffic free – will link Cambridge station with Cambridge North and will also connect businesses in the Science Parks to the north and Cambridge Biomedical Campus to the south of the city.  Phase 1 is already open.

We’ll be following the evolution of the evidence base by the councils to inform the next iteration of the local plan (to be published next year) with interest as Cambridge continues to attract world class companies, investment and talent.
Thanks to Mark Buddle and Rob Hopwood, and to our co-hosts Richard Lane, Partner at Farrer & Co, and Hayley Layt, Senior Relationship Manager at C. Hoare & Co. 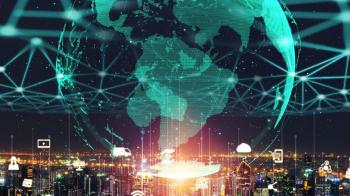 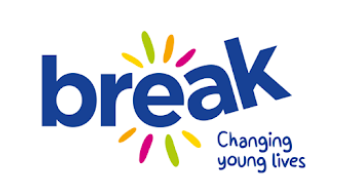