Zoe Robson leads the Life Science & Med Tech practice at Bailey Fisher. She shares her thoughts on the market, hiring trends, promising new technologies and diversity in the sector.

Can you tell us about your role and the companies you work with?
I work with growth stage companies across a range of subsectors including biotech, medical devices, instrumentation and digitally led life science and medical technologies. The majority of hires I make are C-suite but I also work on other leadership roles. Essentially the people I hire will have a fundamental impact on the successful growth of the business they join.

I identify outstanding individuals who have what it takes to succeed in an early stage/growth environment, and I persuade them to consider a move from a company where they’re already busy being successful.

At what stage do you typically get involved?
Any time after seed investment through to Series C. I’m helping companies to get the right leadership team in place for a rapid growth phase. Many of the companies I work with are referred by the VC houses, with whom we’ve got long standing relationships. It may be that there’s a business in their portfolio that needs a leadership refresh - or an entirely different skillset - to take that business to the next level. I’m working with companies from all over the UK, and the individuals I’m placing could be anywhere globally.

Recently I hired for a UK biotech company, where the hiring manager was based in Hungary and the successful candidate came from Poland.

Can you tell us about some of the innovative businesses you’re seeing disrupting the market?
There are many fascinating companies out there, many of whom have seen major fundraises recently. A few that I’d pinpoint are Nuclera, who make biology accessible to everyone through desktop bioprinting. They’ve recently had a big Series B raise, and Biofidelity, a diagnostics company, who’ve recently raised £17m Series A. Cellcentric seem to be getting some great momentum, and recently had a large raise. They’ve raised about £50m over the past couple of years.  Bit.Bio had a massive raise in November. They provide accelerated biomedical research, new generations of cures, increased global sustainability by transitioning biology to engineering. And, I’d also mention SolasCure, a biotech developing next generation wound care treatments.

Solascure have developed a hydrogel with an enzyme cloned from medical maggots, and they’re now at Clinical Trials stage.

There are some interesting companies emerging too at an earlier stage. I’d highlight Zetta Genomics, a health start up providing software as a service to the genomic and precision medicine markets, storing, managing and analysing data at an unprecedented scale. They’re based in Valencia, but growing an office in Cambridge and are working towards Series A.  At seed stage, there’s Hexarad, a teleradiology company who connect a remote base of radiologists with medical images such as CT and MRI scans to alleviate surplus on-site demand for reporting and diagnosis. Oxford Heartbeat, a female-led British medtech that’s revolutionising brain surgery.  And, there’s Birmingham Biotech. Founded in 2020, an innovator in diagnostic tests, protective nasal sprays and mobile medical facilities. They announced last year that they’d signed a licensing agreement to commercialise a novel anti-viral nasal spray that protects against COVID-19.

Are you seeing any hiring trends, perhaps any roles in greater demand?
One of the areas I’ve seen more attention in is in hiring a Chief of Staff or Head of People much earlier in the company’s development. Years ago, we’d expect to see a requirement for this role at Series B or Series C.

Greater attention has been put on bringing someone on board at Series A to help cultivate and develop the company’s unique culture.

This seems to be particularly crucial with more staff working remotely and/or with a second office location perhaps located outside the UK. This has been viewed very positively in the market as it shows potential candidates that the company is really serious about developing a culture and business with longevity.

So, remote working has been a key driver in hiring a Chief of Staff sooner?
Yes, I think so. Because within a business you’re trying to take people on a journey and with not being face-to-face in the office, that’s quite a lot of extra work for the CEO to be cultivating that. So having someone who can focus on culture, who can arrange a get together or co-ordinate that everyone is going to be in the office on a particular day takes pressure off the CEO.  These companies are making a commitment and having someone focusing on people will help attract and retain the best candidates.

And what about salaries and packages?
The market is increasingly competitive. It’s a candidate-led market so packages are being pushed up.

We’re seeing big pharma desperate not to lose their staff to more entrepreneurial growth companies, so they’re coming in hard with retention packages.

And through the pandemic many candidates have felt loyal to the company they were with, but with things now opened up again, the same problems that were there 2 years ago with role progression still exist.

There’s a lot of activity and people want to take advantage of that. Early stage companies often can’t compete on basic salary so a sensible benefits package is becoming more and more important as well as LTIPs.  No-one’s expecting these early stage companies to be able to come up with the bigger base salary packages, but they have to show the commitment in other ways.

It seems like these earlier stage businesses are becoming more mature in their outlook. Would you agree?
Yes, I think they have to be. A few years ago, one of the attractions to being in a start up was the feeling of it being entrepreneurial, more flexible, because its smaller and more nimble with less bureaucracy. But actually over past couple of years, what we’ve seen is more flexibility within big pharma. There’ll be people who’ve settled into a flexible working environment in big pharma, which would have been unheard of 3 years ago, when they’d have had to be in the office every day. Businesses need to be seen to be looking after people to attract them out.

Is the timescale from search engagement to completion reducing? Are clients making decisions more quickly?
Yes, they are. Part of our role is to drive the process and steer the client in terms of what needs to be done to get someone on board. And we can do this well because rather than an internal resourcing function who are single play, we can offer broader advice to our candidates. We can advise on other opportunities they might be looking at so we can get into a deeper conversation. We act as ambassadors for our clients.  We’re able to build a good level of trust and understanding with the candidates we’re working with because we’re knowledgeable about the market. This gives us the ability to understand what any particular issues are and all this helps in closing - getting them on board.

It’s easy to turn up to a Zoom interview – it’s rather like window shopping or internet browsing - but once you go physically to a meeting it’s a different story.

That demands a whole other level of commitment and you’re more likely to consider the opportunity more seriously.

What about remote-first or hybrid working?  Or are your clients back in the office/lab?
I’m seeing a balance of both, and I think it’ll be a return to the office, just with more flexibility. I do sense talking to clients in the past few weeks that some are feeling the return is slower than it could be.  Most people appreciate that there are huge benefits to being in the office, for the economy of course, and particularly for those starting out in their careers.

Being confident face-to-face, and being around your peers and mentors in the office, will always outweigh the benefits of working from home, especially for those who are ambitious.

It’ll start to become evident who is making the effort to get airtime with their boss in the office. And I think senior people recognise a sense of responsibility to lead by example and get face-to-face with their team, but it may be hard for some who wish to give up the commute for good.

How’s the market?
It’s been an interesting couple of years across Life Sciences and Health Technology and the pandemic has brought the sector under the spotlight like never before.

The wider sector continues to raise record levels of investment; 2021’s £4.5bn was 60% greater than 2020’s figure, and this shows no sign of slowing. The level of IPO activity in 2021, with over £1.3bn raised on both sides of the Atlantic, suggests the market is reaching maturity, whilst the huge levels of VC investment are testament to the strength of the earlier stage companies coming through.

The UK has a long history of drug discovery and pharmaceutical development, so activity here will always be strong.  Where we’ve seen really exciting developments is around MedTech (Diagnostics, Instrumentation, Medical Devices) and Healthtech (digital technologies that enable the healthcare sector as a whole). In MedTech, the pandemic created pressure and opportunity for companies to contribute to the fight, particularly within the diagnostics space. 2020 was something of a nadir for MedTech funding, with levels at their lowest since 2016, however 2021 again saw a record amount, jumping to nearly 1.5bn. This figure may have been skewed by a small number of large investments (CMR, Quanta) but it still represents a great resurgence.

As for Healthtech, the pandemic laid bare some of the shortcomings within our healthcare sector. Entrepreneurs and investors are looking for ways to fill these gaps using technology and investment has increased considerably.

This is where the general public see the biggest day-to-day advantage; at-home diagnostics, GPs-on-demand, advances in telemedicine, and new ways of tackling physical and mental health challenges.

The applications for technologies are so diverse. Across technology markets more generally, it's typically the B2C products and services that cause the most obvious market disruption, so I’ll be keeping a close eye on Healthtech this year.

Women CEOs closed 19% of 2021’s digital health deals through Q3, the highest percentage ever recorded. For comparison, in 2020, women CEOs raised 16% of deals.

Despite recent record years of funding for women-led start ups and a record amount of capital being invested in Europe, women-led companies have received just 0.7% of total funding, or €400 million.

Gender imbalance in venture capital is one of the key reasons given for this lack of funding. Lack of female general partners in European firms. Whilst there’s been progress in venture capital on the junior level, in terms of decision-making power, this is yet to shift. Data from 2016-2020 shows that just 10% of European VCs have a gender-mixed general partnership team.

A lack of funding for women-led start-ups is related also in part to the age of today’s women-led digital companies: 59% of digital health deals raised by women CEOs in the first three quarters of 2021 were Seed or Series A, compared with 40% of deals for companies led by men. Given this early stage activity, I’d anticipate that a cohort of women-led Healthtech startups will be raising larger-stage rounds in the coming years and, hopefully, improving these statistics. 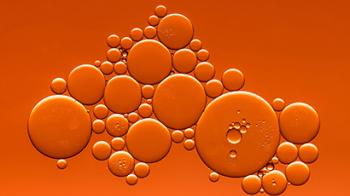